The Spanish labour market is known to be inflexible. It poses challenges for both employer and employee. Especially Scandinavian companies that want to establish themselves in the Spanish market must be aware of the significant social security payment that comes in addition to the employee’s gross salary and the Spanish rules on compensation on dismissal.

How does your business succeed in Spain?

Of course, it depends on a wide range of conditions whether a Scandinavian company is successful in Spain, and it is of course not enough to deal with only one of these matters. When it comes to considerations in relation to employees, we recommend three focus points that Scandinavian companies should prepare for to navigate in a Spanish context.

We work with three focus points

Spanish and not Scandinavian salary budget

There are more public sector employees with a gross salary of more than 2,000 euros than there are in the private sector. Generally, many negotiate net wages and many Spaniards are referred to as mileuristas, which means they earn 1.000 euro net a month.

Termination notices are not used

In general, Spanish legislation protects the employee and not the company. This means, among other things, that in the event of dismissal, no notice of termination is given, as the dismissal is made from one day to the other against payment of compensation to the employee.

This compensation is calculated on the basis of seniority and the previous month’s average salary to 33 days ‘salary per year of employment in the job in question, however with 45 days’ salary per year of employment before february 12 2012. As an example, almost 6 months’ salary in tax-free compensation shall be paid to the employee upon dismissal when he or she has worked in the company for the previous 5 years.

Since the employee may, after dismissal, demand payment of contributions from the public, also based on how long and how much has been contributed to social security, it may at some point become an attractive situation for the employee to speculate on being fired, for example by not performing his job satisfactorily.

It is necessary to adapt the company’s Scandinavian values to the situation in Spain. What works in Scandinavian does not mean that it works in other countries as well. We are not saying that a Scandinavian company should not follow its value set at all when running a business in Spain, but it is a call for serious consideration of what one expects will work and what will not work, when managing employees in a substantially different country than one of the Scandinavian countries.

And remember! The language in Spain is Spanish – not English. 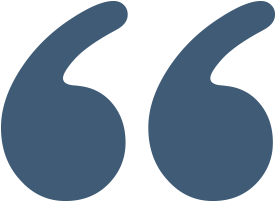 Since the foundation of Zafo Law in 2004, the office has gained exceptional experience in advising Scandinavian clients on Spanish legal matters. The most of cases dealt with by Zafo Law contain an international element involving one of the Scandinavian countries.

We advise in your language

We know that the Spanish language can be perceived as a barrier for you. That is why we offer advice in Danish, Swedish, English, or Spanish so you can feel comfortable in your communication with us.

Should we help you?

Contact us here for a non-committal conversation based on your needs.

Call now Write to us